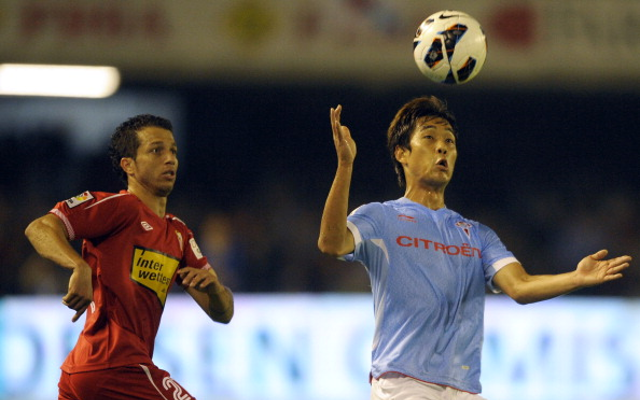 Ligue 1 side Saint-Etienne could put an end to Park Chu-Young’s bizarre spell with Arsenal, with talkSPORT reporting that the French side are targeting a move for the striker.

The 28-year-old was a surprise signing for Arsenal in 2011 as the Gunners reportedly hijacked his proposed move from Monaco to Lille, and his time at the Emirates Stadium since then has been equally strange, with Arsene Wenger reluctant to offer the South Korean international any playing time.

In two seasons with Arsenal, Park has made just six appearances for the club, scoring one goal in the League Cup, but make only one solitary appearance in the Premier League.

He then spent last season on loan in La Liga with Celta Vigo, scoring four goals in another disappointing season.

His future remains unresolved, but it is thought he could be offered an escape route to France as Saint-Etienne look to bring in a replacemt upfront for Pierre-Emerick Aubameyang, who left the club for Borussia Dortmund this summer.

Another movement between the two clubs could see Arsenal sign Saint-Etienne midfielder Joshua Guilaovgui, who has become a target for Arsene Wenger in case he fails to land Yohan Cabaye from Newcastle.