Arsenal boss Arsene Wenger is ready to start his summer spending in earnest today with the Frenchman looking to invest £80m in the pursuit of a trio of talents according to the Daily Telegraph.

Wenger’s only signings thus far this summer, Yaya Sanogo and Mathieu Flamini, have both arrived on free transfers and now the Gunners manager is perhaps buoyed by his club’s progress into the Champions League group stages is now ready to make big money additions to his Emirates Stadium squad. 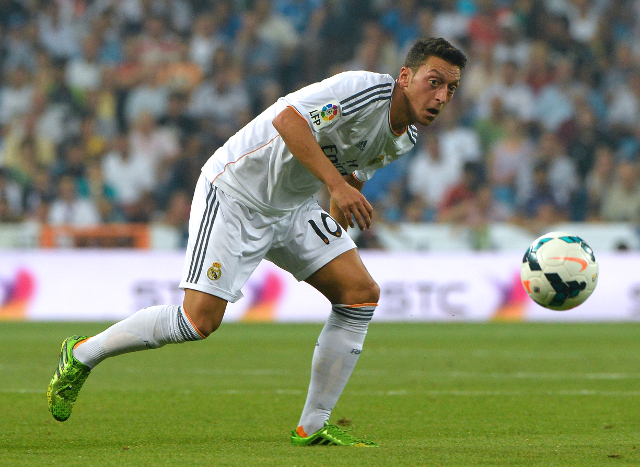 Wenger is looking to invest £65m in Real Madrid pair Mesut Ozil and Angel Di Maria, mindful that the La Liga side may well be in need of balancing their books following the world record signing of Tottenham wide-man Gareth Bale.

24 year old German international Ozil stormed off down the tunnel following his substitution against Granada last week and wasn’t in Carlo Ancelotti’s starting eleven for Sunday’s win over Athletic Bilbao.

Argentine Di Maria has been involved but it would be hard to imagine how Ancelotti could field Bale, Cristiano Ronaldo and the former Benfica man in the same starting eleven and as such he could be on his way. 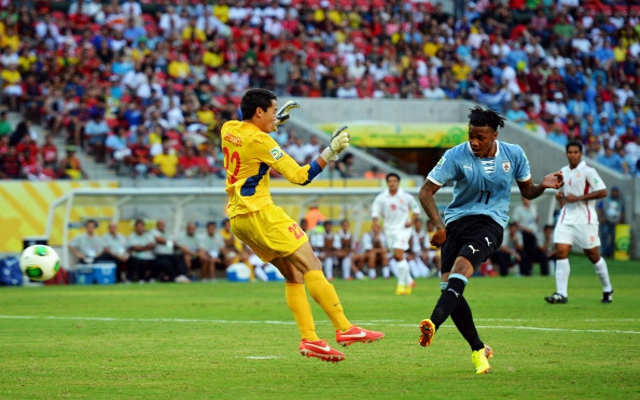 Wenger’s third target comes in the form of Uruguayan forward Abel Hernandez, who could perhaps be seen as a signing who could beef up Arsenal’s attack, especially given that Lukas Podolski is out with a hamstring injury.

The 23 year old Palermo forward would surely be tempted by a move away from his side following their relegation to Serie B and has shown his ability to perform at the highest level and could be an ideal back-up option to Olivier Giroud.