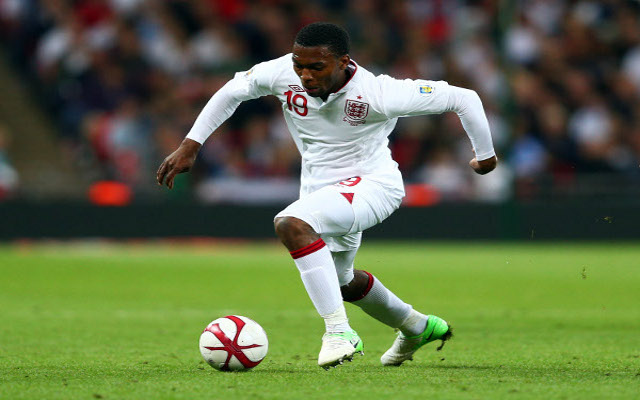 In form front man misses out of World Cup clash.England’s man of the moment Daniel Sturridge is set to miss out on England’s vital World Cup qualifier against Moldova on Friday, according to talkSPORT.

The in form Liverpool striker is carrying a thigh injury that is deemed serious enough to rule him out of this game, but there are hopes that he will be fit enough to feature in the arguably more important clash with Ukraine next week.

An FA statement said: “As Roy Hodgson prepares his England team to face Moldova on Friday evening, Daniel Sturridge has returned to Liverpool for further treatment.

“The squad departed St. George’s Park on Thursday afternoon ahead of the World Cup qualifier at Wembley, but the Liverpool forward will return to his club with the intention of joining the England squad again at the weekend and travelling to Ukraine.”

The England squad has already been depleted of some key men with the likes of Phil Jones and Glenn Johnson missing out, whilst Wayne Rooney suffered a gash to the head that is expected to keep him out for the next week.

England are currently in second place in Group H, two points behind leaders Montenegro, and will be looking to close that gap as well as put some distance between themselves and Ukraine in third place.