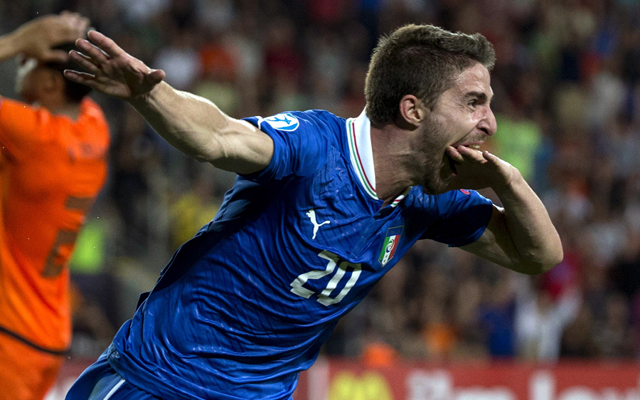 Check in to Lazio vs Chievo

Serie A giants Lazio have revealed that Liverpool striker Fabio Borini was a target for them this summer, according to Sky Sports.

The 22-year-old instead made a deadline day loan move to Premier League side Sunderland, where he will play under former Lazio striker Paolo Di Canio, now manager of the Black Cats.

It has been revealed that Lazio were keen to sign the former Roma man on a permanent basis, though Liverpool preferred not to sell him this summer, as Brendan Rodgers has stated his belief he can still make an impact at Anfield in the future.

Borini played under Rodgers at former club Swansea, but has failed to settle at Liverpool, scoring just two goals for the club in his first season with the Reds.

Lazio were also close to agreeing a move for another striker, prolific Turkish international Burak Yilmaz, though the club president Claudio Lotito explained that a move for the Galatasaray front-man fell through because of his agent.

“His name (Borini) was under consideration, but Liverpool didn’t want to sell him outright and they preferred to keep him in the Premiership,” Lotito said.

He added: “A deal had been done with Galatasaray (for Yilmaz), you can phone their president and ask.

“He outlined the details of the bonuses and salary agreed – €2.8m (£2.4m) a season net. And then he asks me for a further €2m when the player signed.

“I was having none of it. It was extortion.”

Yilmaz had also been a target for the likes of Arsenal, Liverpool and Chelsea this summer, after some particularly impressive goal-scoring displays in big games in last season’s Champions League.