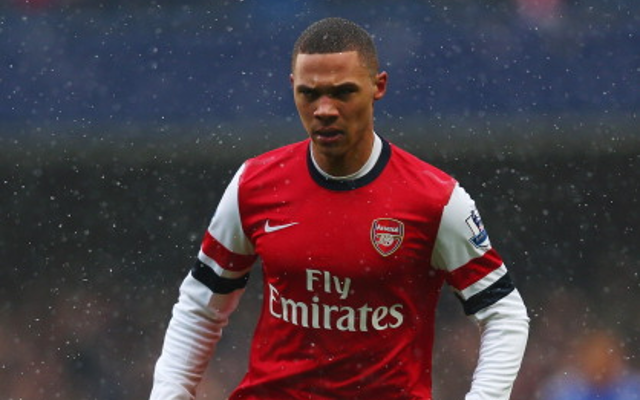 Arsenal left-back Kieran Gibbs admits he “jumped in the air” at the news of Mesut Ozil signing for the club on transfer deadline day, Sky Sports reports.

The German international made a sensational £42m move from Real Madrid in the final hours of the transfer window, ensuring Arsenal’s summer ended on a high after missing out on several other of their top targets.

A number of Ozil’s team-mates, both old and new, have expressed their surprise at the signing, and Gibbs feels the 24-year-old will be a great addition for the club and for English football as a whole.

Asked about his reaction to the signing, Gibbs said: “Jumped in the air. But you don’t even have to be an Arsenal fan to jump in the air.

“When you find out that a world-class player like that is coming to England you’re going to jump for joy even if you’re a Tottenham fan. Well, maybe not a Tottenham fan, I won’t push it too far.

“In the end we and the fans have got what we want: a really good addition.”

In contrast, Ozil’s former team-mates at the Bernabeu were said to be highly disappointed that the attacking midfielder was allowed to leave the club, showing how highly regarded he is as a top talent after his performances in Spanish football.

Ozil moved to Madrid from Werder Bremen in 2010, and went on to star for the side as they won the Copa Del Rey in 2011 and the La Liga title in 2012, but looked to have become surplus to requirements under new manager Carlo Ancelotti this season after Los Blancos splashed out on the £85m signing of Gareth Bale from Tottenham.