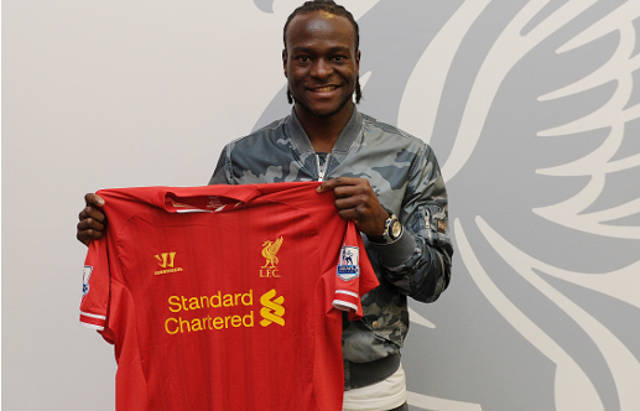 Check in to Swansea City vs Liverpool

Liverpool manager Brendan Rodgers has hailed the high potential of loan signing Victor Moses, and believes he has come to the right club to continue his development, according to Liverpool’s official website.

Moses joins from Chelsea for the 2013/14 season after finding first-team opportunities limited at Stamford Bridge since his move from Wigan last summer, and looks a good addition for Liverpool, who had been keen to recruit new wingers after the sale of Stewart Downing to West Ham and the loaning out of Oussama Assaidi to Stoke City.

Rodgers says he is already impressed with the Nigerian’s desire to play first-team football and impress at Anfield, saying he is a player with great unfulfilled potential.

“I know what I’m getting with Victor,” the Northern Irishman said. “He is an intelligent footballer. He has good pace, he’s strong and he has got good experience.

“He has already played 100 Premier League games and we were fortunate that he became available.

“I like his character. He’s coming in here to prove himself and he is coming into a coaching environment. We always bring players in we feel have more development in them. At 22, there is still a lot of potential in Victor.

“The environment we create is such that if players have that willingness, commitment and hunger to develop then they will improve – there is no question about that. We have to maximise what we can get out of players.”

Moses will be hoping to see an improvement in form that Daniel Sturridge has enjoyed since moving from Chelsea to Liverpool back in January, with the England international looking a different player after being given a chance to impress under the guidance of Rodgers.

Moses’ starting place at Stamford Bridge is blocked by the presence of some world class players such as Juan Mata, Eden Hazard and Oscar, as well as new summer signings Willian and Andre Schurrle.