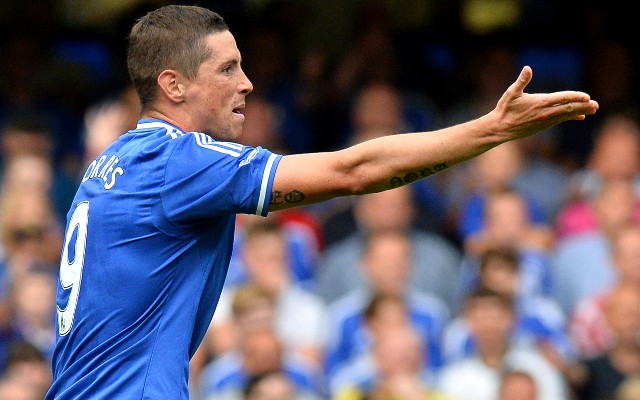 Chelsea striker Fernando Torres insists he is not unhappy about extra competition at the club in the form of new signing Samuel Eto’o, according to the London Evening Standard.

The Cameroon international arrived late on in the summer transfer window from Russian side Anzhi Makhachkala, with Jose Mourinho seemingly keen to land a new striker for much of the summer after some poor recent form from Torres and Demba Ba.

Torres’ future at Chelsea also came under some speculation this summer, as he has failed to live up to his £50m price tag since joining the Blues from Liverpool in 2011, though he has ended up staying at Stamford Bridge for now.

Still, Mourinho will likely be counting on Eto’o to be the club’s main striker this season, and started the 32-year-old in his side’s defeat to Everton on Saturday.

Torres insists, however, that he welcomes the competition and believes he and his strike-partners are all friends competing for the same goal for the team, instead of rivals fighting for the limelight.

He also added that he believes Eto’o to be a quality player, having played against him several times in their time in La Liga.

“There is now more competition up front but Demba, Samuel and me are not enemies, we are friends. We are team-mates and are fighting for the same targets. I think it’s really good for the team,” he said.

“Eto’o is one of the best strikers I have ever seen. I played against him in Spain many times and you can see the record he had there with Real Mallorca and Barcelona, as well as in Inter.

“I am sure he is going to really enjoy this period of his career with Chelsea. He is training really well, I wish him all the best and will help him in every way that I can.”