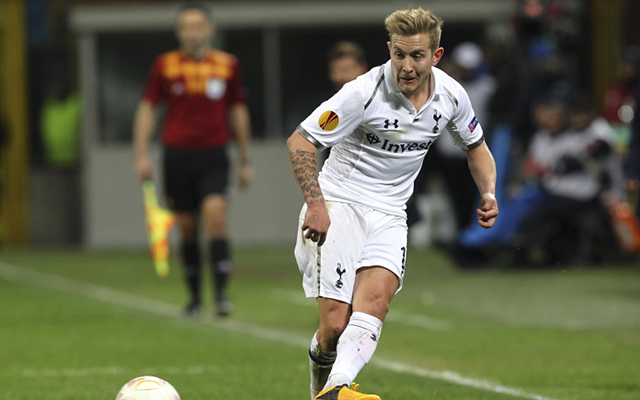 German international wanted in Serie A.

Check in to Sassuolo vs Inter Milan

Inter Milan are the latest club to be linked with a January move for out-of-favour Tottenham midfielder Lewis Holtby, according to Forza Italian Football.

The 22-year-old has failed to find his best form since moving to White Hart Lane from German side Schalke last January, after he had really caught the eye as one of the best young talents in the Bundesliga.

Spurs then invested heavily in new players during the summer, with the lucrative £85m sale of Gareth Bale to Real Madrid meaning they were able to bring in a host of fresh faces, signing the likes of Erik Lamela, Paulinho and Christian Eriksen as new additions who can play in Holtby’s position.

This has led to speculation that Schalke could look to bring him back when the transfer window re-opens in the winter, though Inter are also said to be keen on signing him.

Supposedly the Serie A giants were also keen on him whilst he was still at Schalke, though Spurs won the race to sign him on that occasion, though they will be hoping to get him on the cheap this time, as he could be available for the same £1.2m that the north London bought him for.