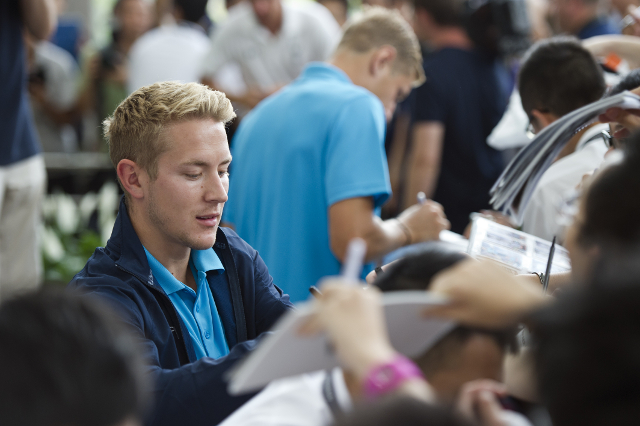 Serie A side keen on White Hart Lane youngster.

Serie A side Inter Milan are said to be taking a keen interest in Tottenham youngster Lewis Holtby according to CalcioMercato.

The young German international joined the North London side in January but has seen a succession of central midfielders move to White Hart Lane since his arrival that have led many to wonder where he fits into Andre Villas-Boas’s long term plans.

The former Schalke man has thus far managed just 20 minutes of Premier League football with the likes of Etienne Capoue, Moussa Dembele, Paulinho and Sandro all ahead of him in the Tottenham pecking order. This source claims an offer of £7m may be enough to convince Villas-Boas to sell a player who cost around £1.5m earlier this year.

Inter Milan have started the current campaign well with new boss Walter Mazzarri seemingly steadying the ship after a couple of very lean seasons at the San Siro.

The Nerazzurri have won two and drawn the other in their first three Serie A fixtures this term.

Holtby may well be open to a fresh challenge if he feels his chances of securing regular first team football at Tottenham are waning, not least as he will be looking to secure a spot in Joachim Low’s World Cup squad for next summer’s finals in Brazil.