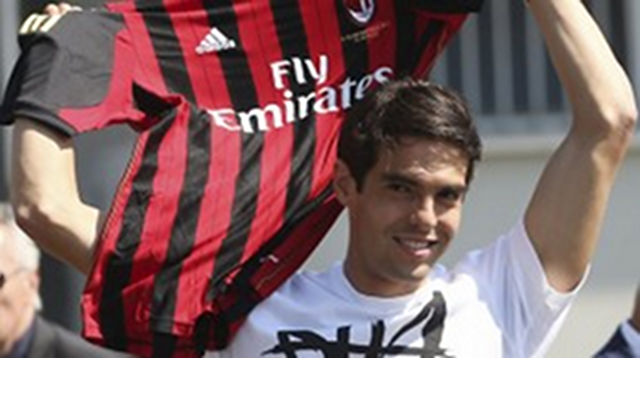 Playmaker insists he won’t be paid until he plays.Check in to AC Milan vs Napoli

AC Milan returnee Kaka has insisted that he will not be paid until he is recovered from his latest injury set back, the Metro reports.

The Brazilian made his second debut for the Rossoneri in the 2-2 draw with Torino over the weekend, having returned on a free transfer from Spanish giants Real Madrid, however, he has already been ruled out for up to a month with a left adductor problem.

But the 31-year-old, who saw the majority of his time in Spain blighted by injury has told the club’s fans that he will be suspending his own pay until he is fit enough to take to the pitch once again.

“You have probably read about my injury. Yesterday was a bad day for me because in all honesty I was not expecting an injury like this,” he said.

“I have spoken at length with the club, with Galliani and the doctors to decide on a few things and in the end I decided that I don’t want anything from Milan except love and support until I’m fully fit and ready to play.

“For this reason I have decided to suspend my current pay for this period of time, the only thing that I ask is the support and help to recover properly.

“I have already started my rehabilitation and I have to say your support and everything I have heard in the last couple of days really drives me on and makes me determined to come back as soon as possible.”

Kaka had originally left Milan for Real Madrid in 2009 for a world record £56million, but failed to establish himself at the Bernabeu and was handed back to the San Siro outfit this summer, where he reportedly earns £3.3million a year.