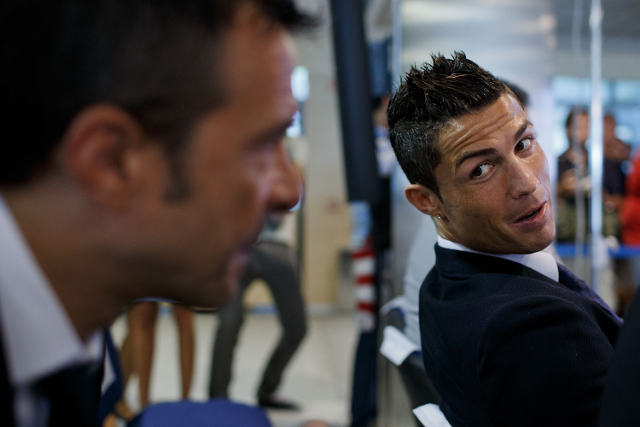 Real Madrid attacker Cristiano Ronaldo’s new contract will see the Portuguese international earn an astonishing £288k a week AFTER tax according to the Daily Mail.

The five year deal is worth almost double that handed to new signing Gareth Bale and would seemingly effectively see Ronaldo end his career at the Bernabeu, and therefore end any speculation of a move back to Man United.

Some Madristas may have feared their goal machine would be edging towards the Bernabeu exit following the world record signing of Welsh wizard Gareth Bale but Real Madrid president has managed to persuade Ronaldo to renew his contract after months of speculation about the 28 year old’s future at the Spanish giants.

Ronaldo cost Real Madrid £80m back in the summer of 2009 and the star performer has gone on to rack up a phenomenal return of 203 goals in 203 appearances for the La Liga side and Carlo Ancelotti will now look at how best to combine the abilities of the former Old Trafford star and new signing Bale.