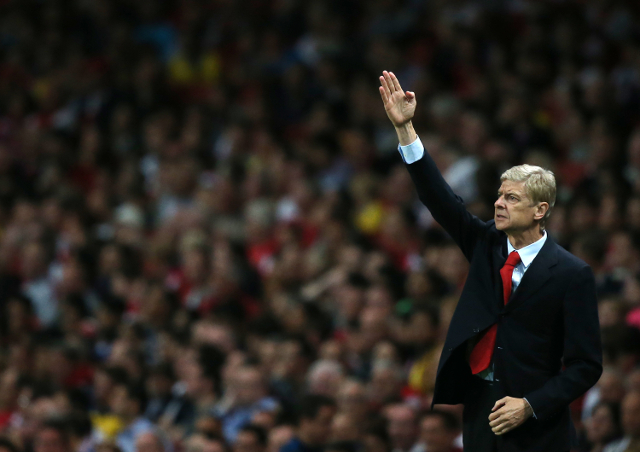 Arsenal are reportedly prepared to meet Schalke’s £11m asking price as Arsene Wenger sets his sights on Greek defender Kyriakos Papadopoulos according to the Daily Express.

The 21 year old Greek international has been linked with a move away from his Bundesliga side and the North London side are said to be keen on landing the Schalke man as Wenger looks to strengthen his defensive options.

Injuries to Laurent Koscielny and Thomas Vermaelen have led to Bacary Sagna being used as a centre-back, a role that the Frenchman has filled in with ease, though Wenger is clearly still keen on bringing in alternatives, perhaps due to the fact that Sebastien Squillaci was released and Johan Djourou was loaned out to Hannover.

Though the Gunners did splash out a club record fee to bring in German international Mesut Ozil there is a real case that the Emirates Stadium side needs to further strengthen potential areas of concern and a potential lack of strength in depth at the back could well be a real concern.

Papadopoulos had been strongly linked with a summer move to Liverpool and has now recovered from a knee injury with Schalke now open to selling the youngster but at only at the right price with Arsenal ready to meet the £11m price-tag according to this source.