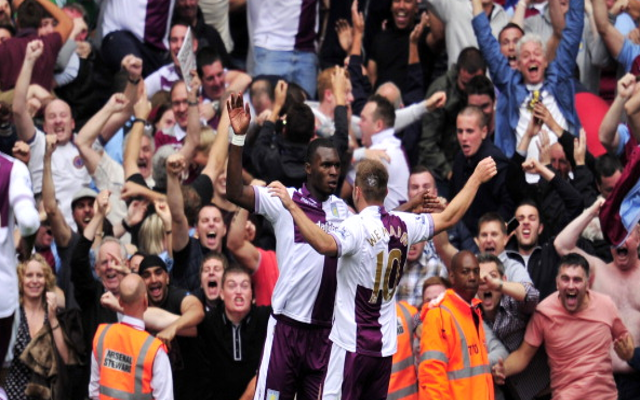 Man United are reportedly keeping a close eye on Aston Villa striker Christian Benteke with the Old Trafford side said to be planning a January bid for the Belgian according to the Daily Express.

The 22 year old forward had an excellent first season in the English top tier, scoring 23 goals in all competitions, and has already scored five goals in five games thus far this term. Though Benteke has signed a new deal with his Villa Park outfit the club’s poor start to the season could leave the powerful forward open to an exit.

Aston Villa have slumped to three straight defeats following their opening day win at Arsenal and David Moyes was apparently in attendance as Belgium took on Scotland in a recent World Cup qualifying and was keeping a close eye on Benteke as he considers freshening up his front-line.

Though Wayne Rooney has hit a good run of form of late he is still to put pen to paper on a new deal and this source claims that Moyes doesn’t enjoy the best of relationships with Dutch international Robin Van Persie and as such perhaps the former Everton boss is looking at possible additions should he indeed lose any of his current forwards.