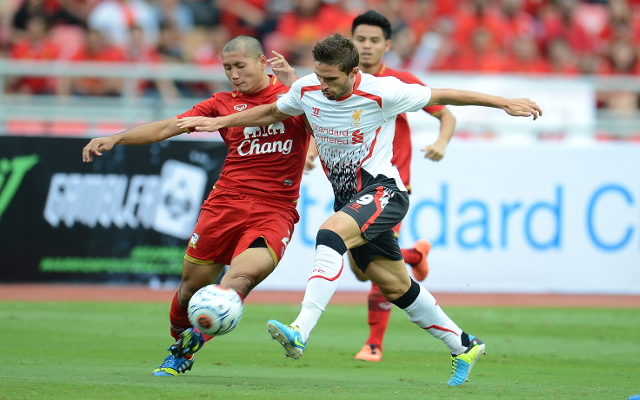 Forward has since been sent on a season-long loan to Sunderland.

The agent of Liverpool front man Fabio Borini has admitted that the Italian made a mistake in moving to Anfield last summer, according to reports in the Daily Star.

The Italy international joined the Merseyside giants last July from Serie A outfit AS Roma on a five-year contract for a fee of £10.5 million, with Borini becoming Reds head coach Brendan Rodgers’s first signing after his appointment to succeed Kenny Dalglish in the Anfield dugout.

However, it is fair to say that the 22-year-old’s debut campaign with the club did not go according to plan, as a combination of a succession of injuries and a loss of form in front of goal combined to leave Borini sidelined for much of the season.

In fact, the Italian managed to find the back of the net on just two occasions in total in his 20 matches in all competitions for Liverpool, including a solitary strike in his 13 Premier League contests under Rodgers, which came at Newcastle United in April.

As a result, Borini has since been shipped out on a season-long loan deal to top-flight strugglers Sunderland, who currently sit at the foot of the Premier League standings, and the player’s representative has now claimed that his client should have remained in the Italian capital last summer.

“I think Fabio would have been the ideal player for Zeman last year,” Marco De Marchi told Radio Mana Mana.

“But the decision was made to leave Roma. Of course, it all happened very quickly and there was no chance to talk with the coach.

“But having said that, I still think Roma would have been the right team for Fabio.”