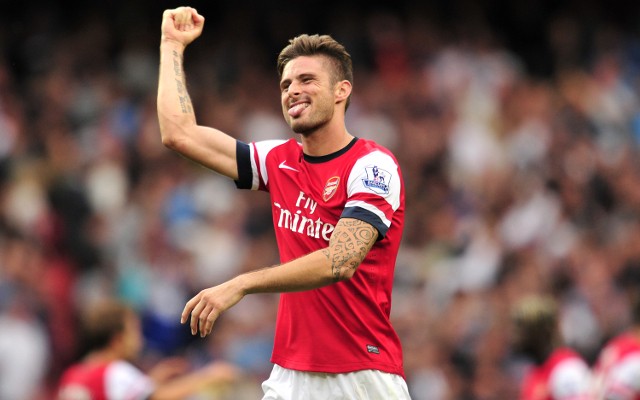 Giroud has started the season with a bang this year, scoring five goals in his first six games in all competitions, and returns to his native France tonight as Arsenal start their Champions League campaign away to Marseille.

The 26-year-old joined the Gunners on the back of a highly impressive season with Montpellier, as he fired them to the Ligue 1 title, though prior to that he had spent his career climbing up through the lower leagues in France, though Baup says he has always been rated in his home country.

He added that with the service he can now enjoy at Arsenal he will surely continue to find the back of the net on a regular basis.

“Giroud was always appreciated in France. His career was not a typical career. He did not start on a great club level,” he said.

“He went to Montpellier, won the French championship, but has progressed now to the point that he started last week in the French national team ahead of others.

“He is powerful, strong in the sir and with the midfield he has now at Arsenal then he will continue to progress.”

Arsenal and Giroud will need to be at their best tonight as they look to get off to a good start in a very tricky looking Champions League group, which also contains Napoli and last season’s finalists Borussia Dortmund.

Baup added that he hopes his side can make the most of their home advantage for this evening’s match.

“The first match in front of your public is very important,” he added. “We have to show great enthusiasm. But it is not everything. There is still a lot of time left in this competition.”