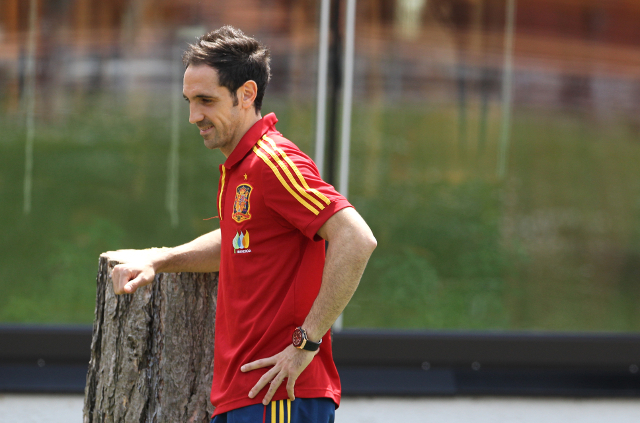 Full-back says he did not want to leave his La Liga side for North London.

Atletico Madrid defender Juanfran has revealed that he turned down the chance to join Premier League giants Arsenal this summer, according to reports in the Daily Mirror.

The highly rated Spain international had been linked with a move to the Emirates throughout the close-season transfer window, with Gunners head coach Arsene Wenger known to be on the look-out for a new right back with doubts surrounding the future of Bacary Sagna in north London.

The Frenchman refused Arsenal’s offer of a new contract to extend his stay in the capital beyond the end of this campaign, which is why Wenger spent much of the summer scouring the European market in search of a new right-sided full back.

And according to the Atletico right back, Wenger had wanted the 28-year-old to take on the role with the Gunners this season, only for the Spaniard to reject Arsenal’s advances in order to remain at the Vincente Calderon instead.

“It is true that I had an offer from Arsenal that any player would have liked to have accepted,” Juanfran told Marca.

“But I am very happy here.

“For me, as everyone knows, there is no better club than Atletico.”

Juanfran has been in the Spanish capital for the past two-and-a-half seasons now, after joining Atletico from fellow Liga outfit Osasuna in January 2011 for a fee of just 4m euros.

And in the intervening period, the player has featured in 76 league matches for the club, finding the back of the net on two occasions in the process.