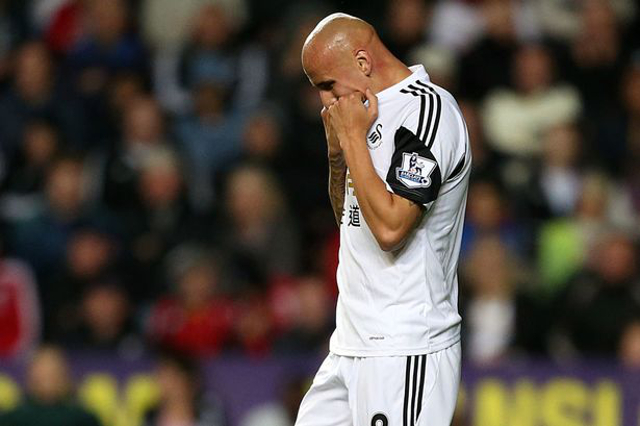 Check in to Valencia CF vs Swansea City

The 21-year-old gave a mixed display in his first meeting against the side he left in the summer, scoring the opening goal before making two mistakes to hand the Reds a 2-1 lead at the Liberty Stadium, and then finally finishing with a fine assist for team-mate Michu to equalise.

The England international had only made the £5m switch from Liverpool to Swansea earlier in the summer, and has generally impressed for his new club since the move.

It was a bizarre evening for Shelvey, but his team-mate and skipper Williams believes he responded well to his two mistakes, and thinks he will be better off for this experience in the long-run.

The Welsh defender admits it would’ve been embarrassing for him, but insists the rest of the team are already making jokes about it in training and playing down the significance of his giving away two goals.

“He never shies away from anything, he’s got courage and I think he showed that against Liverpool,” Williams said.

“I’ve made mistakes but not on that stage, on Monday Night Football with the whole country watching and against your old team. It doesn’t get any worse, does it?

“He will definitely learn from it. He probably learned in the game things he’ll take away and it could actually turn out to be good for him.”

Williams’ future at Swansea came under some speculation this summer as he was the subject of reported interest from Arsenal, though he has stayed around and says he is now looking forward to the club competing in the Europa League, even if it means extra games for the players.

“It is good for us that the squad is strong enough to cope. It’s the strongest I’ve been involved in here,” he said.

“The gaffer is changing the team a lot in the European games, which is important because people will get tired during the season.”