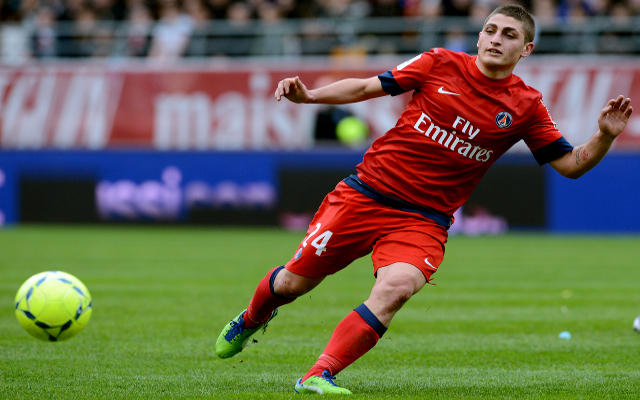 Manchester United could face competition from Inter Milan for the signing of exciting PSG youngster Marco Verratti, according to talkSPORT.

Supposedly, the Italian giants have moved ahead of United in a bid to land the 20-year-old Italian international, who is also wanted by Serie A side Fiorentina.

The midfield playmaker started his career in Serie B with Pescara, before his impressive performances saw him compared with Italy and Juventus star Andrea Pirlo, and earned him a big-money move to French giants PSG.

However, Verratti has struggled to make the step up among the numerous other big names brought to the mega-rich Paris club, and may now be allowed to leave as several teams continue to show an interest in his situation.

Verratti’s style of play would also see him as an ideal candidate to replace the recently-retired Paul Scholes in David Moyes’ midfield, though United may have to turn to other targets as the player himself may favour a return to Italy.

Inter are keen to rebuild after a disappointing campaign in Serie A last season, when they only managed to finish 9th, and have also been linked with promising Tottenham midfielder Lewis Holtby.