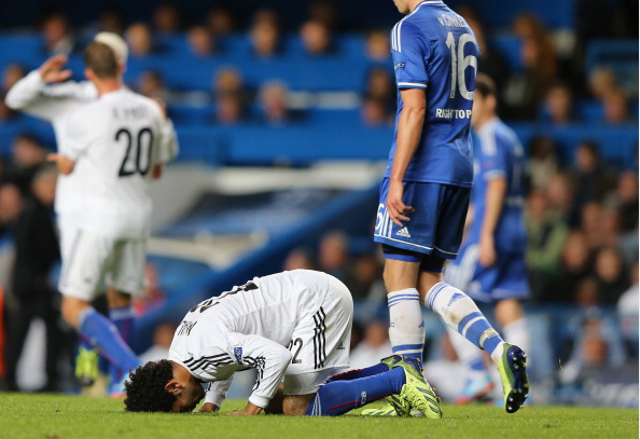 Though Andre Villas-Boas has spent big this summer, using up the funds from the sale of Gareth Bale to Real Madrid, the Portuguese boss may feel it would make sense to add to his attack after their return of just four goals in their opening four Premier League fixtures.

One imagines that both Jermain Defoe and Emmanuel Adebayor are considering their options following the signings of Erik Lamela and Roberto Soldado and Villas-Boas appears to be a fan of the 22 year old Egyptian, who scored an impressive goal against Chelsea as his FC Basel side pulled off a surprise win at Stamford Bridge.

Salah moved to Basel last April and the adaptable attacker, who can play out wide or an advanced central midfield role, has been a big success at the club and it may well take a decent bid to persuade the Swiss club to sell the youngster.

The White Hart Lane side should have plenty of money in the club coffers even after the outlay of over £100m on new players this summer as chairman Daniel Levy raked in around £109m from player sales to help balance the books.