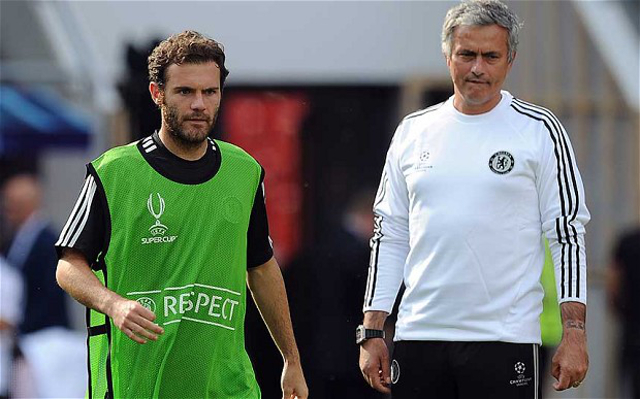 Chelsea boss Jose Mourinho has challenged Juan Mata to adapt the way he plays if he wants to continue to represent the club, the Daily Mirror reports.

Last season’s Player of the Year has played just one hour of action this season under Jose Mourinho, something that has left the club’s fans perplexed.

Mourinho reportedly had the opportunity to sell Mata over the summer, but declined the opportunity, but he has now moved to lear up his position on the player’s role in the team by challenging him to adapt the way he plays to earn a spot within the side.

“First of all, there are things that I cannot speak of with you but I can with the players – deeply, deeply, the way I’m reading the situation and the reasons why, in this moment, he’s not playing so much, are things I can speak about with him but not you,” said Mourinho.

“But he played against Everton from the start and you can analyse his performance.

“And he played against Basel, not like Ba or Mikel coming in to rescue the game, but he came on when the team was winning 1-0 and had specific tasks to do.

“It is part of a process with him, too.

“One thing is to play with Ramires and Oscar in the side, them closing each flank, and Mata as a No10 behind a striker – clever assists and clever passes, fantastic actions because he has great talent.

“But it is another thing to adapt to the way we want to play.

“In this moment, Oscar is my No10 and, if somebody tells me that Oscar is not Chelsea’s best player since the beginning of the season, I’d have to disagree.”

Mata has been told that his World Cup place with Spain is under threat if he does not begin to start playing more and he looks to be starting Sunday’s encounter with neighbours Fuham on the bench.

Mourinho added: “It is up to him to dislodge Oscar, just as I have to prove to the fans that I am good.

“They can play together, yes, but when Mata adapts to it.

“But I’m not ready to play Oscar, making him follow full-backs, because he plays in that role for the country with more talented players than anyone else in the world in that position.

“So I want to build with Oscar as my No 10. I want the other two players, from the side, to adapt to that reality and learn how to do things they were not ready to do before.”