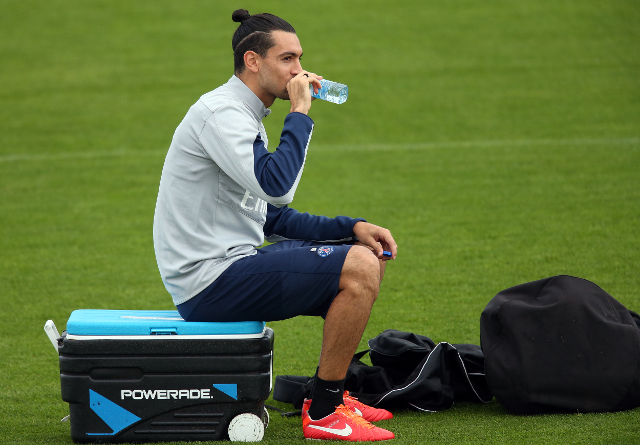 Chelsea are reportedly keeping a close eye on proceedings at the Parc des Princes amid speculation that Argentine international Javier Pastore could leave the Ligue 1 side in January according to the Daily Express.

The 24 year old playamaker was one of PSG’s first high profile signings under the club’s Qatari ownership, with £32m being paid to Serie A side Udinese for his services, however on the whole the rangy midfielder has struggled to live up to his price-tag.

A disappointing start to the season has seen Pastore hauled off on the hour mark on three occasions by new boss Laurent Blanc and then dropped for the key fixture against table topping big spenders AS Monaco on the weekend, further heightening the possibility of a January exit.

Arsenal are also said to be monitoring the situation but having brought in Mesut Ozil there is perhaps less of a need for such a move.

Jose Mourinho may well feel his side needs further creative midfield options given that his side has struggled to score all that regularly this season, though that is generally considered to be down to a lack of prolific striking options in his Blues squad.

With Juan Mata being frozen out of recent first team action there could perhaps be a case for the returning Chelsea boss to be open to a move to bring in Pastore as a possible January addition.

Pastore has scored 24 goals in 94 appearances for PSG.