Arsenal are said to be readying a surprise move for underused Man United striker Javier Hernandez as Arsene Wenger looks to strengthen his Gunners attack.

CaughtOffside understands that Arsene Wenger has received encouragement from the Mexican international’s representatives and will make an offer for the 25 year old in the January transfer window.

The Gunners boss was strongly linked with a move to sign Man United star Wayne Rooney but is now of the opinion that the 28 year old is likely to remain at Old Trafford in the medium term and has therefore shifted his interest to Chicharito, who continues to play a limited role with the Premier League champions. 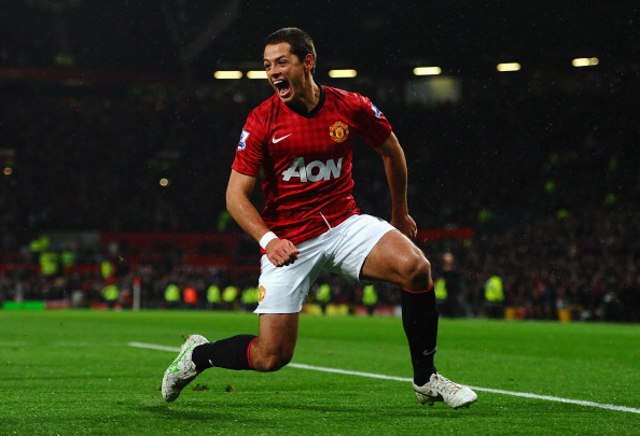 Wenger is keen to bring in alternative attacking options and is an admirer of the Guadalajara born forward who for the past three years has striven to prove himself at Man United, only to continually find himself warming the bench and waiting for his chance to shine, this despite his very commendable strike-rate.

Hernandez has racked up 50 goals in just 71 starts but under new boss David Moyes he seems an even more peripheral figure, managing just 30 minute of Premier League action and finding himself firmly behind Robin Van Persie, Wayne Rooney and Danny Welbeck in the club’s pecking order.

Wenger is ready to offer as much as £17m for Hernandez, a fee that Man United may well consider accepting for a player who is clearly not a major part of the club’s first team set-up but a fee the North London club are willing to offer given the potential and proven Premier League ability the speedy instinctive finisher possesses.