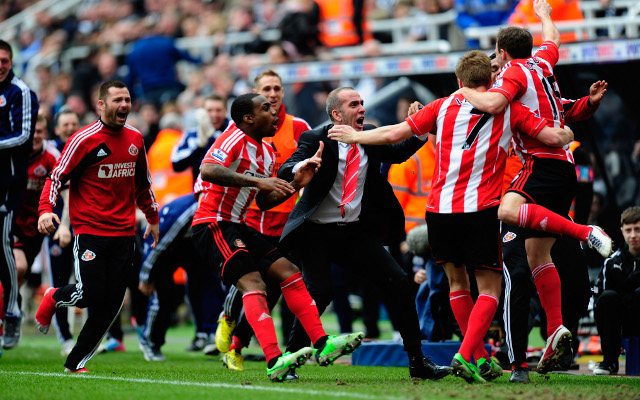 The fiery Italian was sacked on Sunday evening just five games into the Premier League season and less than six months after taking the reins at the Stadium of Light.

Quinn has called the decision to let him go so early on a “brave” one, and has suggested that the abrasive character of Di Canio, who accused his players of having “rubbish in their brains” after a 3-0 defeat at West Brom, may have cost him his role in the hotseat.

“It’s a quick decision – some will say too quick,” Quinn, who briefly managed the Black Cats, told Sky Sports News.

“They’re making a quick decision on this again and looking back, the support Paolo Di Canio got in the summer with the players he brought in, I honestly thought he was going to get longer, no matter the start.

“If we start to peel the layers off in the coming days and find out what life was like under him from various players, you’ll probably see a story that says this was a guy who did things in a totally unique way and by the looks of things, the players weren’t buying into it.

“It wouldn’t have been my style. I think I would probably have tried to give people as much time as possible.

“Something tells me there’s a little more to it as well.

“It was perhaps they felt that the players were finding it hard to conform to his unique style. I think that might have played a part in it as well.

“They’ve made such a brave decision now. Will it pay off for them?”

Di Canio was allowed to sign 14 new players this summer, making him one of the busiest managers in the Premier League, but his side currently sit at the bottom of the table propping up the rest of the division.