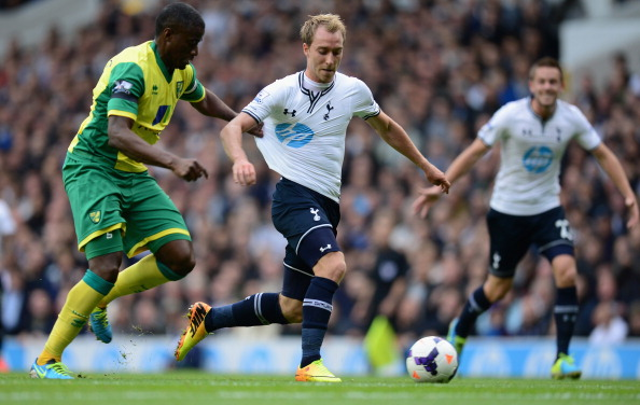 Tottenham Hotspur new boy Christian Eriksen has said that his decision to turn down a move to Manchester City in 2012 in favour of a switch to White Heart Lane this summer has been justified, Sky Sports reports.

The Danish international was one of Europe’s most sought after talents whilst at Dutch giants Ajax, with clubs across the continent all vying to snag his signature. And it was a race that intensified once it became clear that a big money move away from the Amsterdam Arena was only a matter of time.

Eriksen, though, frustrated many clubs as he remained loyal to Ajax in order to continue his development.

Manchester City were reportedly one of the clubs most keen to lure him away from the Eredivisie, but saw their moves for the 21-year-old knocked back by both club and player, and Eriksen has now said that he believes that was the right decision.

“It took me a while to get to England because I said no a few times. Last summer, City really wanted to sign me, but it didn’t feel right,” Eriksen said.

“Maybe I wouldn’t have played there – I wouldn’t go to a club just to stay on the subs’ bench. I didn’t feel ready for a league like the Premier League, and now it looks like I moved at the right time.

“A lot of players moved from Ajax in the last year and it gave me responsibility and made me grow. It made me better. It was exciting there, but you have to wait for the right club to come along.

“I read about the history of Spurs and have seen games over the years. I know a bit about the club, they like a bit of creativity.”