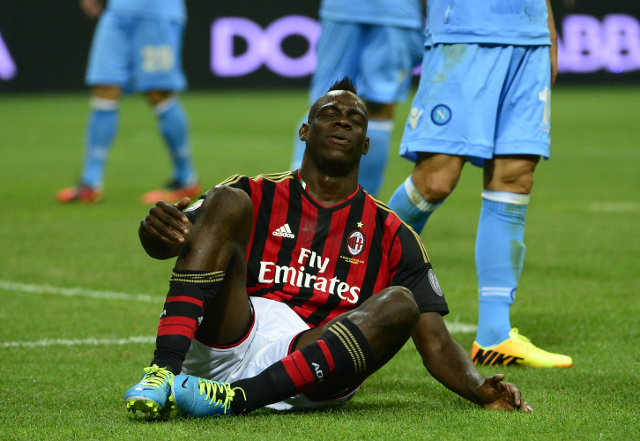 Check in to Bologna vs AC Milan

AC Milan striker Mario Balotelli had always boated of his proud penalty record, frequently telling anyone who would listen that he was 26 for 26 from the spot.

However, after this weekend’s fiery clash with Serie A title hopefuls Napoli he can no longer claim his whiter than white record after Pepe Reina saved his effort.

Milan went down 2-1 to Maradona’s former club, with Balotelli earning himself a red card at the end of the game to compound the club’s misery.