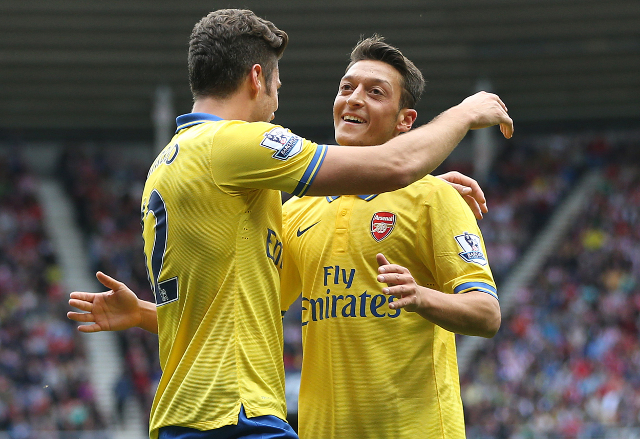 Arsenal chairman Chips Keswick and chief executive Ivan Gazidis have hinted that the club may continue to spend big money in the transfer market, according to the Metro.

The Gunners stunned the football world by smashing their club transfer record this summer with the deadline day signing of Mesut Ozil from Real Madrid, signalling a new-found strength in the transfer market, and the immediate impact that the 24-year-old has made at the club seems to have vindicated this approach.

Before this signing, Arsenal had been known for looking for bargains and recruiting youngsters ahead of established names, and while Gazidis believes they will try to stick to this policy as well to some extent, they are now ready to compete with the other big sides in England and Europe financially.

This came after the club reported healthy financial results, with a turnover rise of £8m to £243m, and with reportedly around £120m in reserve for transfers.

“With the Ozil transfer I believe we have made a significant statement and when Arsene decides the time is right to invest again, [majority shareholder] Stan Kroenke, myself and the rest of the board will be delighted to support him,” Keswick is quoted as saying.

Chief executive Gazidis added: “The signing of Ozil for a club-record fee is a significant step for us.

“This signing was a direct result of all the hard work we have put in over recent years to build the commercial capability of the club to deliver the consistent revenues and financial strength required to compete for the world’s best players.

“That said, we will continue to stand by our principles in terms of nurturing young talent. That has been very evident with our extensions to the contracts of key young players over the last year and the emergence of teenagers Serge Gnabry and Gedion Zelalem into the first-team squad.”

Rumours have already begun regarding Arsenal’s next big-name targets, with the likes of Luis Suarez, Julian Draxler and Marco Reus being linked with moves to the Emirates Stadium when the transfer window re-opens in January.