Barcelona are reportedly keeping a close eye on a trio of Chelsea talents who could well be on their way out according to Spanish source Sport.es.

As Jose Mourinho puts his own stamp on the Blues squad he inherited from interim boss Rafa Benitez it appears that a few of the club’s first team regulars are now playing much more limited roles at the West London club, thus drawing interest from other sides.

The Catalan giants are said to retain a very real interest in Spanish trio Fernando Torres, Juan Mata and Cesar Azpilicueta, who between them have managed just three Premier League starts thus far this season.

Of the trio it’s 25 year old playmaker Mata who’s absence from Mourinho’s starting eleven that is most puzzling, we are after talking about a player who over the past two seasons has contributed with 32 goals and 48 assists, playing a key role in Chelsea’s Champions League and Europa League winning campaigns in the process.

Nonetheless it’s Oscar who is getting the nod over the former Valencia man, who know’s that a prolonged absence from the Chelsea line-up could affect his standing in Vicente del Bosque’s national team set-up and a move to Barcelona would surely tempt the pint sized dynamo. 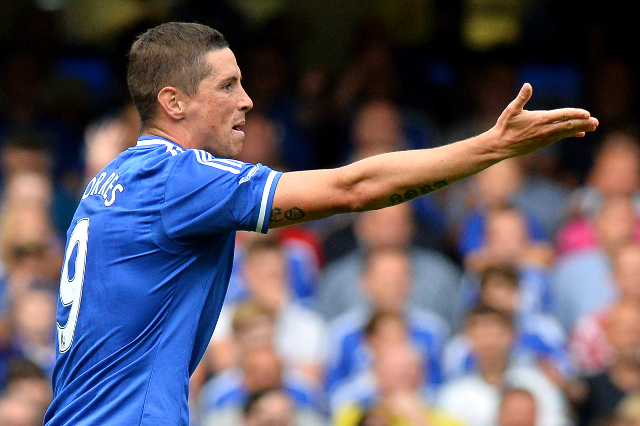 Fernando Torres has made just one Premier League start this season and the arrival of Samuel Eto’o will certainly see the 29 year old play a peripheral role at Chelsea this term and after a tough time at the club, following his £50m move from Liverpool, the chance to return to his native Spain could well be tempting.

Azpilicueta had a steady debut season at Stamford Bridge, starting 43 matches in all competitions, but under Jose Mourinho he has seen his chances diminish greatly. Thus far the 24 year old has managed just one Premier League sub appearance and may feel that he is not part of the new manager’s plans.

Barcelona may feel that as the players they are targeting are seemingly not crucial members of Chelsea’s first team squad that as such they stand a decent chance of persuading the Premier League side to consider their advances, however one would have to take into account the less than glorious relationship between Jose Mourinho and the Nou Camp side.