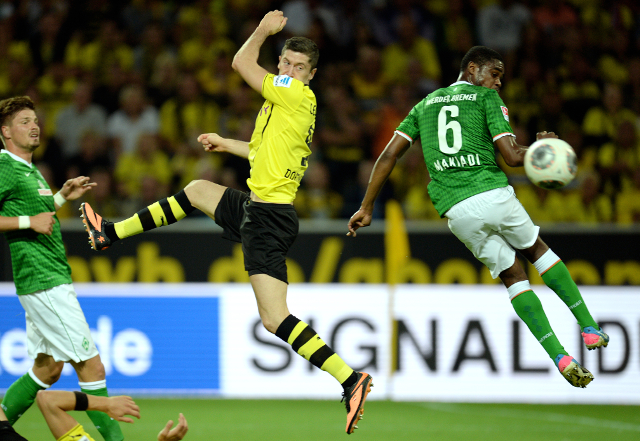 For some months the 25 year old Pole has been linked with a move to the Allianz Arena but Dortmund refused to sell the prolific forward to their arch domestic rivals, having already seen youngster Mario Gotze make a similar move, and therefore Lewandowski has simply allowed his contract with the Westfalenstadion to run down and will be free to sign a pre-contract deal in January as he will be a free agent next summer.

Pep Guardiola allowed Mario Gomez to join Fiorentina leaving his side with relatively few striking options, relying heavily on Croat Mario Mandzukic and as such the addition of Lewandowski to his first team set-up would make the Bavarian side an even more daunting prospect.

Lewandowski has scored 71 goals in his last 103 appearances and has helped Jurgen Klopp’s side to two Bundesliga titles but the arrival of Pierre-Emerick Aubameyang from Saint-Etienne could well help deal with the loss of such a pivotal part of Borussia Dortmund’s attacking set-up.