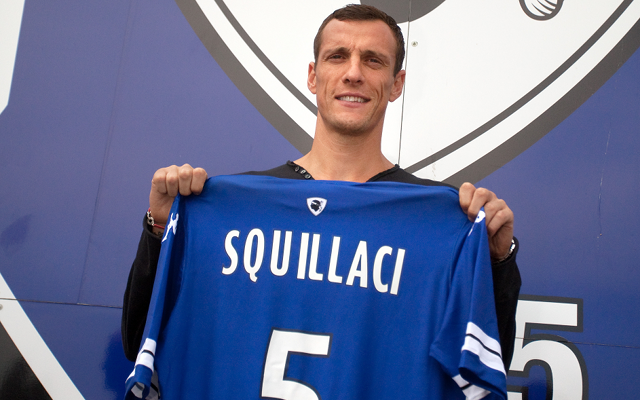 Former Arsenal defender Sebastien Squillaci has lifted the lid on his difficult spell in north London and admitted that he had to wait a year longer than he would have liked to end his time there, Sky Sports reports.

The experienced stopper was released by the club at the end of last season after his contract expired, and he has since gone on to join Ligue 1 side Bastia in his homeland.

Reflecting on his time in north London, Squillaci has told the French press that he struggled in his first season because he did not have time to build up his fitness after the 2010 World Cup.

And though he continued to work to stay in Arsene Wenger’s plans, he admitted that he would have preferred to leave during the summer of 2012 instead, but understands why the club kept hold of him.

“When I joined Arsenal in summer 2010, I just came from the World Cup in South Africa and I didn’t have any pre-season preparation,” Squillaci said.

“I was the number three centre defender, but (Thomas) Vermaelen got injured and I had to play.

“I had a good first two months, but in December it was very difficult. I was exhausted physically and I was not good.

“Training sessions when you don’t play anymore? Sometimes it was difficult indeed, but it is my job.

“I could not go to training sessions without any enthusiasm. Your team-mates need strong opposition. I could not give up, even if I didn’t always have a great state of mind.

“In summer 2012, the club could have made a good gesture to let me leave, but they didn’t want. A club is just like a business, human being is not the top concern.

“But I woke up every morning to go and play football, it was not going down the mine.”