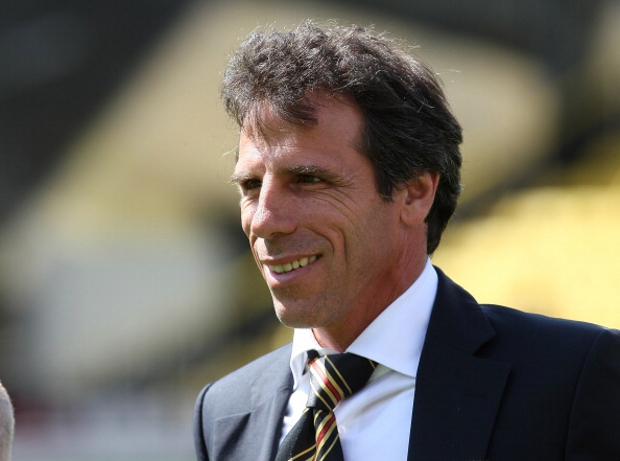 Watford manager Gianfranco Zola has admitted that he is flattered by the links mentioning him as one of the favourites to take over from compatriot Paolo Di Canio at Sunderland, Sky Sports reports.

Di Canio was relieved of his duties at the Stadium of Light on Sunday following the club’s disastrous start to the season that has seen them rooted to the bottom of the league with just a solitary point. Rumours of a training ground bust up with a number of his senior players are also believed to have facilitated his exit after the side went down 3-0 to West Bromwich Albion on Saturday.

And whilst Zola is pleased that his good work has been noticed by club’s higher up, he has insisted that he is solely focussed on his job at Watford.

The Italian told Sky Sports News: “Of course I am flattered that I have been considered but I am really happy over here and like what I am doing.

“I think my growth as a manager has been massive and so I want to fulfil this task that I will be here.”