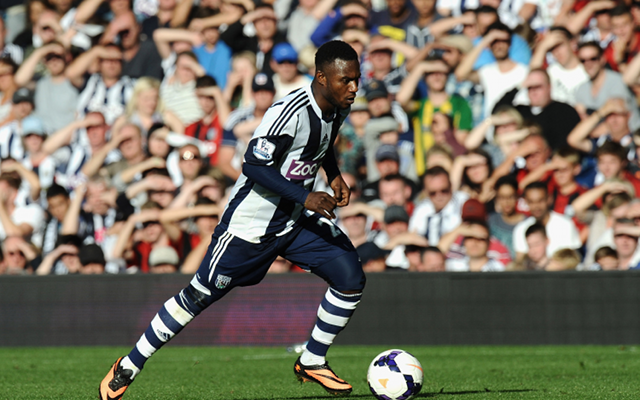 West Bromwich Albion forward Stephane Sessegnon, who joined the club on transfer deadline day, has insisted that he never sought to leave Sunderland in the first place, Sky Sports reports.

The 29-year-old attacker was offloaded by then then boss Paolo Di Canio as part of his extensive rebuilding project at the Stadium of Light over the summer. A drink driving offence just a few days before the end of the window didn’t help his cause to stay and was told by the management that he would be let go.

And he was not allowed to leave for peanuts either as the Baggies splashed out £6m to make him their record signing.

A move away from Sunderland had been mooted for some time – with Sessegnon having proven himself on the Premier League stage – but he is adamant that he was happy on Wearside and only accepted a new challenge once an enticing opportunity was put to him.

He told the Sunderland Echo: “I didn’t sense that I was going to leave Sunderland, but that’s the life of a footballer.

“If a club wants you and they accept an offer, then that’s what happens. That’s football.

“I never asked to leave the club. But the club accepted the offer and then I had the choice to come to West Brom.

“It’s football and I had the chance to continue playing in the Premier League. It’s a good opportunity for me.

“I had three very good years at Sunderland with some great moments. I will always remember the good memories there and the people at the club.”