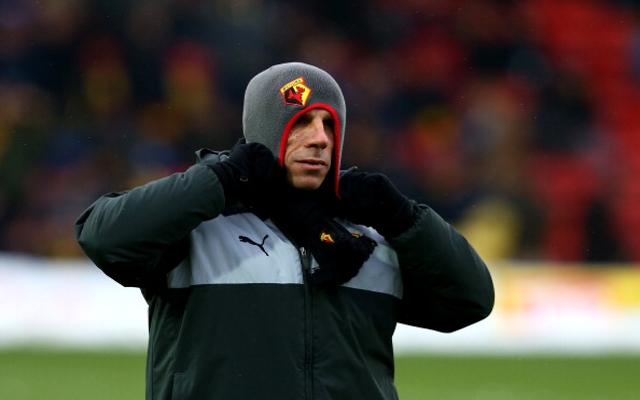 North-east outfit are currently bottom of the Premier League having yet to record a win so far this season.

Sunderland have earmarked up-and-coming Watford head coach Gianfranco Zola as the man to replace the sacked Paolo Di Canio in the Stadium of Light hot seat, according to reports in the Daily Mirror.

The struggling Black Cats parted company with Di Canio on Sunday following the club’s 3-0 loss to West Bromwich Albion at the Hawthorns the previous day that left the north-east giants rock bottom of the Premier League having collected just the one point so far from their opening five top-flight matches.

And now Sunderland director of football Roberto De Fanti is said to be drawing up a short list of potential candidates to replace the fiery Italian, with the name of the one-time Chelsea legend understood to be the club’s first-choice target to succeed Di Canio.

The Italian has been in charge of the Championship high flyers since July 2012, with the 47-year-old managing to steer the Hornets all the way to last season’s play-off final at Wembley Stadium, only to lose 1-0 Crystal Palace.