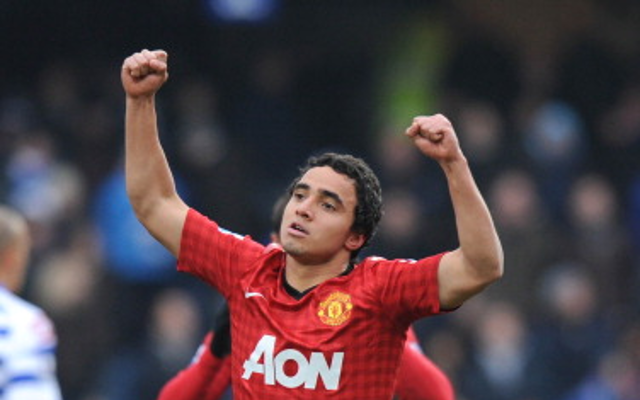 Corinthians are said to be keen on signing the attack-minded full back.

Manchester United defender Rafael is said to be considering his future with the Premier League champions, according to reports in the Daily Star.

The exciting Brazil international is currently facing some stiff competition for his place in the first team under recently appointed United head coach David Moyes, with the likes of England internationals Chris Smalling and Phil Jones also both vying for the right-back berth at Old Trafford.

And with Moyes seemingly favouring the two Englishmen at present over Rafael, who was a regular at right back for United last season under previous manager Sir Alex Ferguson, the player is understood to be weighing up his options at present, with a return to his homeland in January thought to be a possibility.

Brazilian giants Corinthians have been linked of late with a move for the highly rated 23-year-old, with the club seeing Rafael as being the ideal man to take over from their soon-to-be-retiring right-back Alessandro next season.

Meanwhile, Moyes has also brought Uruguayan right-back Guillermo Varel to the club this summer to add more competition for places in that position and with this campaign ending with the World Cup finals in Brazil, Rafael is also desperate to be playing regular first-team football in order to push home his claims for a place in the Selecao squad for the tournament.