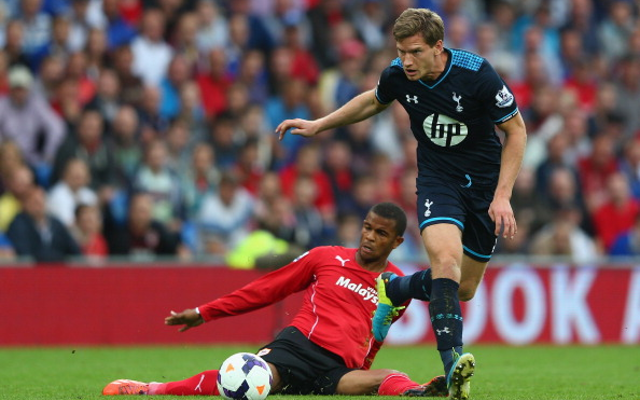 Barcelona are reportedly plotting an audacious attempt to land both Hugo Lloris and Jan Vertonghen from Tottenham either in January or next season, it has emerged.

The Catalan giants are in desperate need of defensive reinforcements, with current long-serving goalkeeper Victor Valdes set to leave the Nou Camp at the end of his contract next summer, and doubts remaining over the reliability of Gerard Pique, Carles Puyol and Javier Mascherano at the heart of the club’s defence.

Barca head coach Gerardo Martino is likely to wait until next summer to launch a bid for Spurs’ talented French shot-stopper Lloris, though his need for a new centre-back may see him come in for Belgian international Vertonghen as soon as January.

Spurs are unlikely to sell two key players in quick succession, and are likely to make it clear that the pair will only leave for the right price, having held firm over Gareth Bale for so long during the summer.

Barca’s rivals Real Madrid were known to be targeting the Welsh winger for much of the transfer window, though Spurs were adamant that the 24-year-old would not leave for anything less than £85m, which eventually saw him become the world’s most expensive player of all time.

Both Lloris and Vertonghen have been key performers for Spurs as well over the last year, and although their value is not quite in the Bale bracket, it could take a combined bid of around £60m for Barcelona to sign them both.

The two players only moved to White Hart Lane last year, with goalkeeper Lloris joining from Lyon for around £8m and defender Vertonghen joining from Ajax for a fee believed to be in the region of £12m. Just one season on, the pair are widely regarded as being up there with the best in the Premier League in their respective positions.

Failure to land these players could see Barcelona pursue other targets such as Liverpool pair Pepe Reina and Daniel Agger, and the Catalan giants have also been linked with exciting Porto youngster Eliaquim Mangala, who is also attracting interest from top Premier League clubs such as Chelsea and Manchester City.

Although Spurs won’t want to develop a reputation as a selling club as they look to establish themselves as serious title contenders, their sale of Bale this summer allowed them to revamp almost their entire squad, bringing in the likes of Erik Lamela, Christian Eriksen, Paulinho and Roberto Soldado to the club.

Barcelona will know every player has his price, and depending on their success in landing their other targets, may feel they can tempt Tottenham into selling this key duo for big money.