A look at five clubs and their chances of Mata joining.

With Juan Mata being inexplicably frozen out by Jose Mourinho at Chelsea, the talented playmaker will surely be on his way out of Stamford Bridge this January, with a whole host of clubs ready to snap him up. Chelsea’s loss will almost certainly be someone else’s gain, as the giants of European football will look to take advantage of his bizarre situation.

With great skill, technique and vision, Mata is the perfect modern attacking midfielder, and would command a starting place in most teams, even if Mourinho doesn’t think so. So where will Mata finally end up? We examine perhaps the five most likely candidates to sign the Spaniard when the transfer window re-opens. 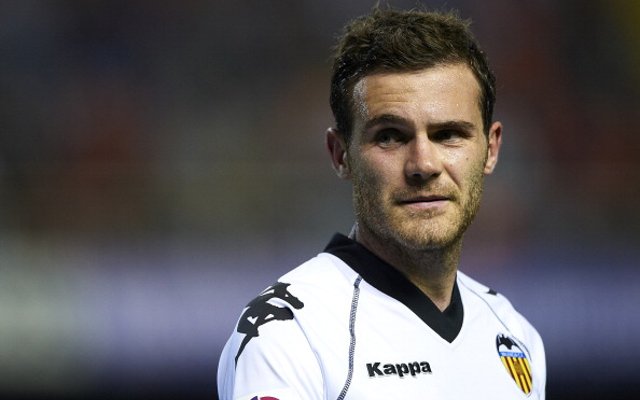 Mata first arrived at Chelsea from Valencia in 2011, and, somewhat surprisingly, his former club have emerged as one of the main contenders to bring him back to the Mestalla this January. Although Los Che are hardly the force that they used to be, and are not in the healthiest financial situation just now, they are determined to bring back their former hero, and have reportedly spoken to sponsors and local businesses to help raise money for a £25m bid.

It’s hard to tell how much Mata would mind taking this step down for the moment, particularly as the move would almost definitely guarantee him regular first-team football in the build-up to next summer’s World Cup, which will be his main priority for now. Still, a player of his ability might rightly feel he could command a starting spot at most other top clubs anyway, so why take this step backwards?

This move is a tough one to call, but it’s certainly believable that a move back to the club where he made his name could be tempting to Mata in these difficult times. It may only be for the short-term, but it could work out well. Questions remain, however, over whether Valencia can truly afford the deal.