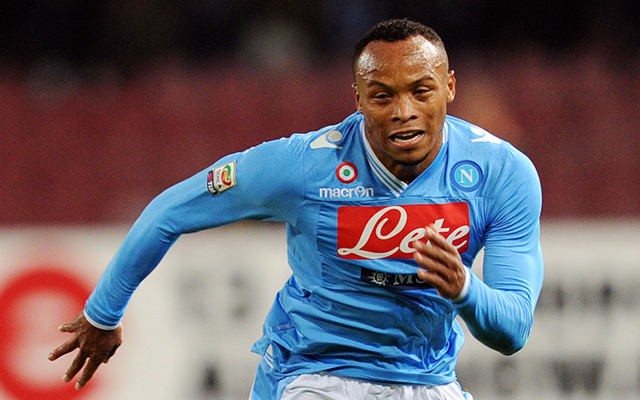 Arsenal and Barcelona target Juan Camilo Zuniga is ready to sign a new contract with Napoli, though it may contain a clause that allows him to move to the Nou Camp in the future, according to talkSPORT.

The 27-year-old left-back, who can also operate in midfield, is a highly rated talent and his performances for Napoli over the last few years have attracted big interest from other top Serie A sides such as Juventus and Inter Milan.

With Zuniga yet to formally agree a new deal, it was thought that he could be available on a cut-price deal in the January transfer window, though Napoli are now hopeful of persuading him to stay with the club.

The Italians will offer him a new five-year contract worth £60,000 a week, which will also contain a clause that he can move to Barcelona for a fee of £12.5m at any point in that five-year period.

This will likely see the likes of Arsenal miss out on the versatile Colombian, though they are likely to have more pressing issues than a new left-back in January anyway, as they still seek to add a top striker as genuine competition for Olivier Giroud.