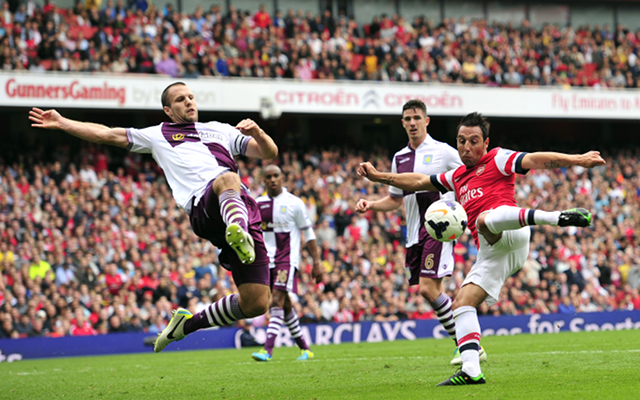 Arsenal midfielder Santi Cazorla has denied that new teammate Mesut Ozil couldn’t handle life at Real Madrid by saying that the two horse race in Spain is just too monotonous, the Mirror reports.

And he has claimed that more and more players from his homeland have been looking to leave the country in order to escape the monotony surrendering the league to Barcelona and Real Madrid.

Some sections of the media have claimed that Ozil left Real because he could not handle the pressure of life at the club, but Cazorla has laughed off those suggestions saying that a move abroad represented a greater chance of enjoying some success and an opportunity to win titles.

He added that La Liga’s quality had “lowered” after seeing Ozil, Roberto Soldado, Jesus Navas and others opt for a move to the Premier League.

“Many players want to try their luck outside of Spain because it gets monotonous with just Barca and Real Madrid,” he said.

“Outside of Spain there are opportunities to win titles. In Spain, with the duopoly, there aren’t. In addition, there are economic problems the country is facing.

“I don’t think La Liga has taken a step back, but it’s also true that great players like Negredo, Soldado, Navas, who are very important players in the league, have all left to the English Premier League and I think in that regard La Liga has lowered its quality.”