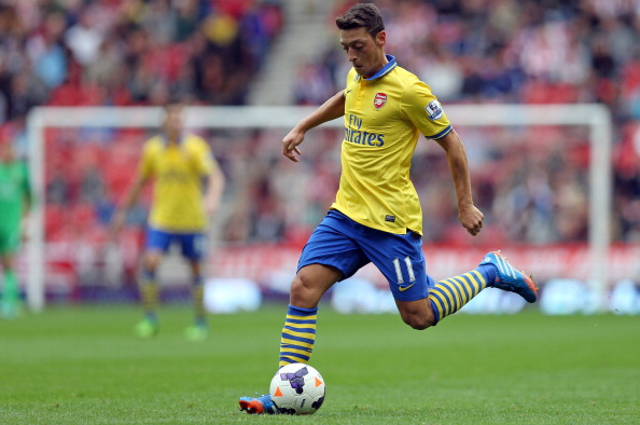 Chelsea manager Jose Mourinho was reportedly keen on hijacking Arsenal’s deal to sign Mesut Ozil this summer, according to the Daily Mirror.

The German playmaker made a stunning £42.4m move to the Gunners from Real Madrid on transfer deadline day, smashing the club’s previous transfer record and surprising many of his former team-mates and coaches.

Ozil had been a key player for Mourinho during his time in charge at the Bernabeu, and the Portuguese coach is well known to be a fan of his, and targeted him as one of a few potential swoops on his old club late on this summer.

Sami Khedira and Fabio Coentrao were also thought to be on his list of transfer targets, though the Blues boss had already invested heavily in the likes of Andre Schurrle, Willian and Samuel Eto’o.

However, with it now looking like Mourinho had been keen to sell Juan Mata, the signing of Ozil would make logical sense as a direct replacement for the out-of-favour Spaniard.

Ozil was also thought to have been a target for Manchester United and PSG before joining Arsenal, though he has previously stated that a personal phone call from Arsene Wenger persuaded him a move to the Emirates was the right one.