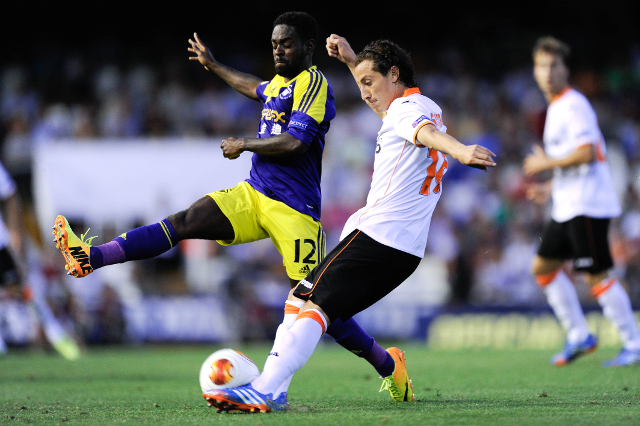 Martinez to continue to bring in new faces.

Everton manager Roberto Martinez is to continue where he left off with his summer spending, as he eyes up an exciting move for Valencia winger Andres Guardado this January, according to the Daily Star.

The Spaniard brought in a number of new faces late on in the summer transfer window, securing the services of James McCarthy, Gareth Barry and Romelu Lukaku on deadline day ahead of his first season in charge of the Toffees.

Martinez had been known for scouring his native Spain for talent in his time in charge of Wigan, and the 40-year-old looks set to continue to do so for Everton, as he has identified Mexican attacker Guardado as a potential addition to his squad.

Guardado had previously impressed in La Liga for Deportivo La Coruna, before joining Valencia in 2012 and failing to quite recapture his best form, meaning he could be available for the right price if Everton and Martinez come calling this January.

Los Che may be willing to cash in on the 26-year-old as they themselves look to fund an ambitious move to re-sign unsettled Chelsea star Juan Mata, who first emerged as a top talent in his time at the Mestalla Stadium.