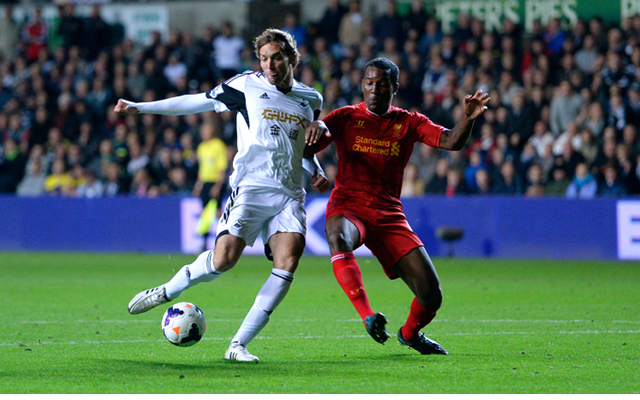 Liverpool full-back Andre Wisdom is hoping to secure a loan move away from the club in order to continue his development, talkSPORT reports.

The talented 20-year-old broke into the Reds first team last season and went on to make a total of 12 appearances, but has found his opportunities slightly more limited this time around.

Many thought that Wisdom would get his chance once it was announced that Glen Johnson would be missing through injury, but Brendan Rodgers has so far preferred to use Kolo Toure and Martin Kelly at right-back instead.

Wisdom is still highly rated at Anfield but admits he may look elsewhere for the time being with Championship side Wigan rumoured to be interested in bringing him on board on a short term deal.

He told the club’s official website: “We’ve signed a few more defenders and it’s obviously going to be harder to get a spot in the team.

“But I’ve been given some time to play – it’s appreciated and it has been good.

“Maybe if I am to go on loan and get that experience I need, I can try to be a key player in the team.”