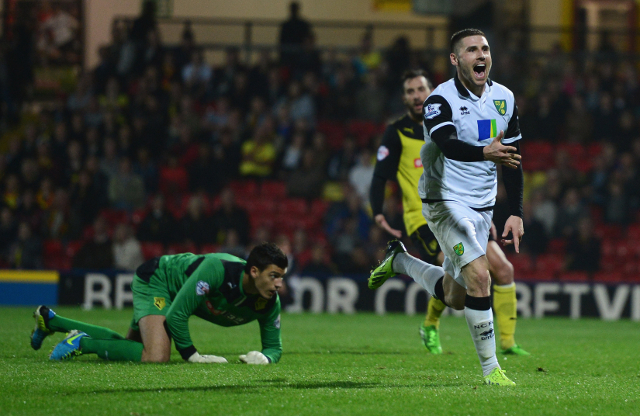 Norwich City striker Gary Hooper is hoping he can find the form to force him into the mind of England manager Roy Hodgson this season, according to FourFourTwo.

The 25-year-old just joined Norwich this summer in a keenly-anticipated £5m move from Scottish champions Celtic, for whom he had enjoyed a highly impressive goal-scoring record.

After making a name for himself in English football’s lower leagues with Scunthorpe United, Hooper then joined Celtic in 2010, and scored 82 goals in 138 appearances for the club.

Now getting his first chance to impress in England’s top flight, Hooper is hoping he can build on a brace scored for the Canaries in their mid-week Capital One Cup tie against Watford.

The prolific goal-getter admits it is early days to be thinking about an international call-up, but says it is a dream of his, and that he hopes he will now get the chance to impress in the Premier League this season.

“It’s early days but everyone wants to play for their country,” he said.

“I just have to get on the pitch in the Premier League and start scoring. That’s the next step.”

Hooper can perhaps take heart from the recent chance given to Southampton’s Rickie Lambert, who has featured in all of England’s recent games after a career spent mostly in the lower leagues of English football.