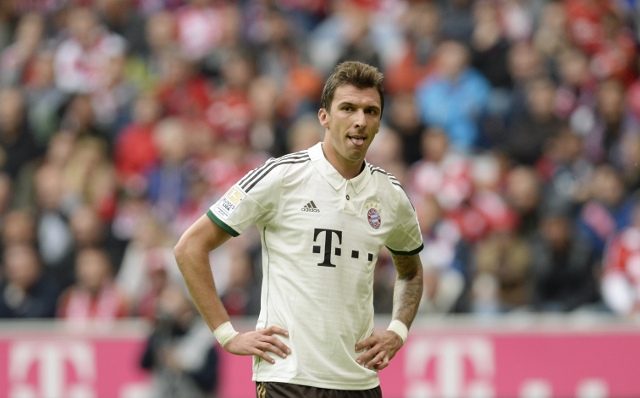 The La Liga side are reportedly ready to offer up to €40m (£33m) for the Croatian international, who has been a big success since moving to the Allianz Arena last June.

Real Madrid may feel that the powerful forward is a better fit than current first choice striker Karim Benzema as they look to bring in an alternative option to play in an attack that already includes massive stars Cristiano Ronaldo and Gareth Bale.

Bayern Munich boss Pep Guardiola is unlikely to consider offers for Mandzukic, unless he already has his sights set on alternatives to the former Wolfsburg man himself.

Arguably neither the German or Spanish giants have an abundance of striking options to select from with Real Madrid and Bayern Munich having sold Gonzalo Higuain and Mario Gomez respectively, and having helped his Bavarian side to Champions League and Bundesliga titles in his first season there seems no urgent reason for Mario Mandzukic to consider any offer at this time.

Mandzukic has scored 27 goals in 50 appearances for Bayern Munich.