Unhappy Man United boss David Moyes is ready to swing the axe as he looks to put his stamp on an Old Trafford squad he inherited from former boss Sir Alex Ferguson.

Having seen his side lose three of the opening six Premier League fixtures in charge of the reigning champions and is keen to bring in new additions in the January transfer window and will look to offload a number of his under-performing squad. 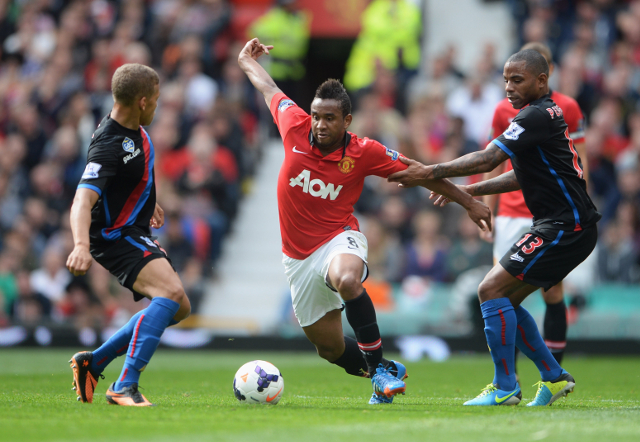 Brazilian midfielder Anderson has flattered to deceive for the best part of three seasons and despite being handed the chance to re-ignite his Man United career the 25 year old has once again been found wanting and Moyes will look to sell the former FC Porto man, with a number of sides across Europe said to be interested.

Winger Ashley Young has been publicly lambasted by Moyes in relation to his diving antics but it’s the England man’s inability to put in a consistent shift out wide that will lead the Man United boss to look to sell the former Aston Villa man. 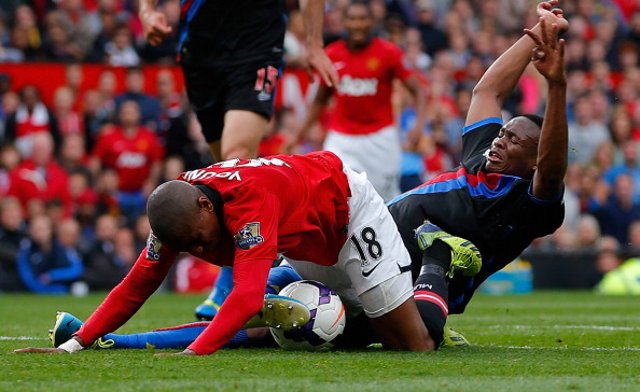 Young is yet to make an impact since moving to Man United in June 2011 and the arrival of Wilfried Zaha will allow Moyes to feel he can do without the 28 year old though the club may struggle to recoup a sizable portion of the £17m the club invested in the attacker.

Peripheral pair Fabio and Anders Lindegaard will also be made available by Moyes, with both players seemingly some way off the first team set-up.

However one player who Moyes will look to keep hold of is Wayne Rooney, with the club keen to keep hold of the in-form striker, who has now scored five goals in his past five appearances, and Man United are ready to offer the 27 year old a new contract.