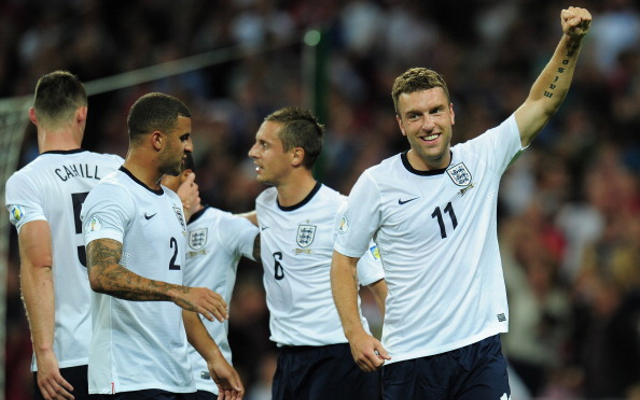 Check in to Southampton FC vs Crystal Palace

Southampton striker Rickie Lambert is feeling under extra pressure this season after his recent breakthrough performances for the England national team, according to his manager Mauricio Pochettino, the Daily Mail reports.

Lambert is getting some deserved recognition late on in his career as a top striker, after spending the majority of his footballing life in the lower leagues for the likes of Stockport County, Rochdale and Bristol Rovers.

The 31-year-old enjoyed his first taste of Premier League football last year, scoring 15 goals for Southampton in the top flight and earning plaudits from fans and pundits alike.

This fine form saw him earn an England call-up, and his fairytale rise continued with a goal just two minutes into his debut, a late winner against rivals Scotland at Wembley.

However, he has only scored one goal for the Saints so far this season, which has been the cause of some concern for his manager, who believes he may be suffering from the new expectations of him after his success at international level.

The Argentine has also called on the striker to be more mobile on the pitch, and adapt his performances a little more.

“Rickie is 31 years old,” Pochettino said.  “He has come very late to the national team so there is a lot of expectation placed on him and that is something he needs to adapt to.

“It puts a lot of mental and physical stress on him all of a sudden being this big star in the national team. But we are very relaxed about his contribution and his performances.

“The only thing we are trying to make him see is that he needs to be more mobile. We want him to be a much more dynamic player. He can move more around the pitch.”