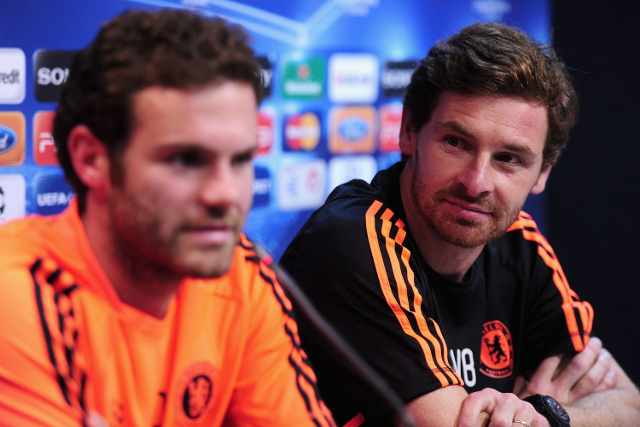 Tottenham manager Andre Villas-Boas appears to have ruled out a raid on his old club Chelsea for unsettled midfield star Juan Mata, according to Sky Sports.

The 25-year-old Spaniard looks likely to be available this January after surprisingly falling down the pecking order at Stamford Bridge under returning manager Jose Mourinho, with Spurs one of many top clubs linked with making a move for him.

The north Londoners spent big this summer on a whole host of new signings, with the £85m sale of Gareth Bale to Real Madrid helping to fund Villas-Boas in revamping almost his entire squad.

Although Mata may be financially within reach, Chelsea are perhaps unlikely to sell to a rival, with possible moves abroad to the likes of PSG, Atletico Madrid or Napoli looking more realistic.

Villas-Boas himself admits a move seems unlikely and suggested that although the player was a regular for him during his spell as manager of Chelsea, he doesn’t necessarily see him as a signing he needs to make now.

When asked if he was looking to sign Mata, the Portuguese coach said: “No, I don’t think so.”

Spurs meet Chelsea in the Premier League this weekend, and although Mata seems unlikely to be involved due to his current problems with Mourinho, Villas-Boas has backed him to bounce back from this setback.

“He was always involved in my starting XI,” he said. “I have always enjoyed a great personal and professional relationship with Juan Mata but it’s not my decision anymore.

“I suppose the time that he’s not being given now with the talent that he has he will overcome it and jump back into the team because he is that player, that special.”