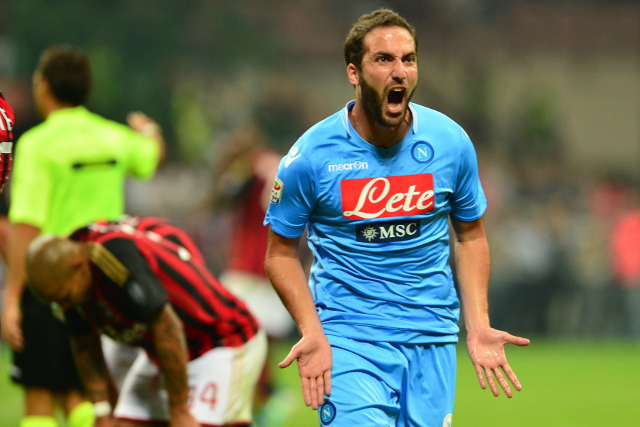 Napoli striker Gonzalo Higuain has praised his former Real Madrid team-mate Mesut Ozil, now of Arsenal, ahead of their clash in the Champions League this week, the Daily Mirror reports.

Arsenal will welcome Napoli to the Emirates Stadium on Tuesday night, which will see Higuain and Ozil meet each other for the first time since they both left Real Madrid in the summer.

The Argentine striker had also been a target for Arsenal in the most recent transfer window, though they were beaten to his signature by the Serie A side, before looking to Madrid again as they raided the Spanish giants for German playmaker Ozil.

The two enjoyed a fine partnership at the Bernabeu, and Higuain believes Arsenal got Ozil for a ‘bargain’ at £42.4m, when compared with some of the other fees paid by clubs for players this summer.

Ozil has been lauded by many of his other former team-mates since making the surprise move to Arsenal, and Higuain is the latest to hail him as one of the best players in the world.

“I had the pleasure to play with Mesut and he is one of the best players in the world,” he said.

“As a striker he is a dream to play with – because you know he is going to create you chances.

“When you look at some of the crazy fees that players moved for this summer you have to say that Mesut was a great deal for Arsenal.”

The 25-year-old added that he has no regrets over moving to Napoli instead of Arsenal this summer, and is pleased with the club’s strong start to the season.

“I am very happy that I joined Napoli,” he added. “We have started well in the league in Italy and have got off to a good start in Europe too.

“I know there was other interest from England and Italy – but I am very sure that I made the right choice by joining Napoli and have no regrets. It is a club where I can achieve everything I want.”