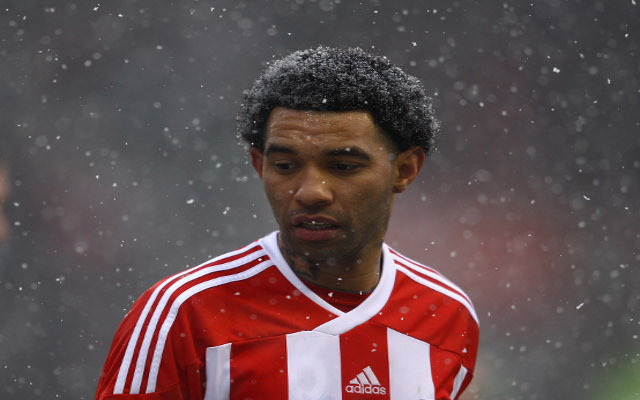 Stoke City winger Jermaine Pennant has thanked new manager Mark Hughes for handing him a second chance to impress at the club following his appointment over the summer, Sky Sports reports.

The former Arsenal and Liverpool man had been set for the exit door at the Britannia Stadium under ex-boss Tony Pulis, but has been handed a stay of execution by Hughes following his arrival as manager during the close season.

The 30-year-old  has been through his off-field troubles including a fine over a domestic disturbance and several driving offences – not to mention the fines accumulated when he left his Porsche unattended at a Spanish railway station after returning to England for an initial loan spell at Stoke.

Pennant admits he wouldn’t have been surprised if Stoke had given up on him, but is thankful for the opportunity to impress once again.

“I’ve never been the perfect professional – the James Milner type,” he said.

However, after working with a therapist, he has been handed a new one-year deal with the club, and is glad to have it too.

“I wanted to stay here but under the old regime it wasn’t going to happen.

“I would have left, without a shadow of a doubt, but the new manager came in and we talked and he just wanted to know, to hear from me, what had happened in the past.

“We went through it and he just said, ‘That was not with me. You have talent, you are a good player,’ which was what I wanted to hear.

“The club have been fantastic. They could easily have agreed with Tony Pulis and said, ‘Yeah, we will call it a day’. In their eyes they are probably thinking they are taking a risk because they are a business as well, so they don’t want to pay that money to someone who is not worth it.”

Stoke have won plaudits during the early stages of the season thanks to Hughes’ insistence of playing a more fluid and stylish brand of football, and Pennant believes their good work has been paying off.

“It’s put a smile back on our faces. It’s what we all wanted, really, especially with the squad we have got. We all feel we should have been doing this sort of stuff before. Now we are allowed to express ourselves,” he added.

“Every manager has got ideas of his own, a style they want to play and (Pulis) just felt that was defensively good, a good shape. His idea was maybe firstly not to lose, to be solid. Now maybe it’s, ‘Go out and win.’ So it’s a different approach.”