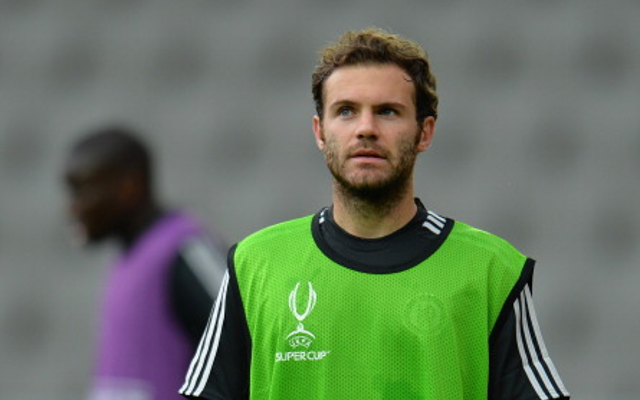 Chelsea forward Juan Mata insists that he is still out to change Jose Mourinho’s mind about him and win back a regular starting spot after helping to rescue a point for the club in this weekend’s clash against Tottenham Hotspur, Sky Sports reports.

Mata has found himself out of favour at Stamford Bridge recently despite being voted as the club’s Player of the Season during the previous campaign.

He came off the bench in Saturday’s London derby and it was his free-kick that set up John Terry to score Chelsea’s equaliser.

Mourinho has confirmed that Mata’s performance this weekend will be rewarded with a starting role in Tuesday’s Champions League encounter with Steaua Bucharest, but the Spaniard has vowed to continue working hard in order to impress his manager.

“Obviously everyone wants to play but, I am a professional, I respect all of my team-mates and what I want to do is enjoy it on the pitch, and I think against Tottenham I did that,” Mata said.

“We needed to improve and we tried to, and when I came on I just tried to give my best for the team.

“It is what I did since I came and it is what I am going to do until the end. I am happy with the second half, but it wasn’t enough to win.

“Last season we won here and this season we wanted to win again, it wasn’t possible but the team showed that we can fight until the end.”

Terry was thrilled to score at White Hart Lane, where he was targeted by the home support.

“I am absolutely delighted. I took a bit of stick here over the last few years so that’s for the fans who have supported me over the years,” Terry said.

“I stayed wider and changed places with Lamps and I got in behind and got on the end of it. It was a great ball from Juan again.

“It means a lot to the fans so it was good to get on the scoresheet and get us back in the game.”