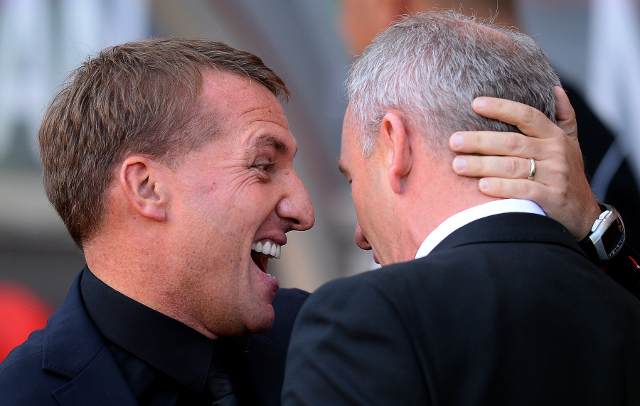 Liverpool boss Brendan Rodgers has confirmed that he intends to invest in his Anfield squad in the January transfer window according to Sky Sports.

The Merseyside club have started the season brightly and currently sit in second spot having collected a healthy 13 points from their opening six fixtures. Nonetheless Rodgers does not intend to rest on his laurels and will look to further strengthen his squad when he gets the chance to do so.

“Now we can only concentrate on the league up until Christmas,” Rodgers stated.

“So we have to make sure we stay up in that top six in the league and keep fighting and hopefully we can reinforce in January.

“We have got a very good side. I think we showed that in the games we have played so far.

“For example the games against Manchester United, not only in the cup but also in the league – against a top team we showed that we are capable of harm and making sure we win those games.

Rodgers invested very wisely over the summer, bringing in Kolo Toure, Simon Mignolet, Luis Alberto, Aly Cissokho and Iago Aspas, Tiago Illori, Victor Moses and Mamadou Sakho, spending around £45m in the process. However the Northern Irishman offset a great deal of that outlay through the sales of players that were clearly not part of his first team plans, garnering upwards of £25m from the departures of Andy Carroll, Jonjo Shelvey, Stewart Downing and Jay Spearing.