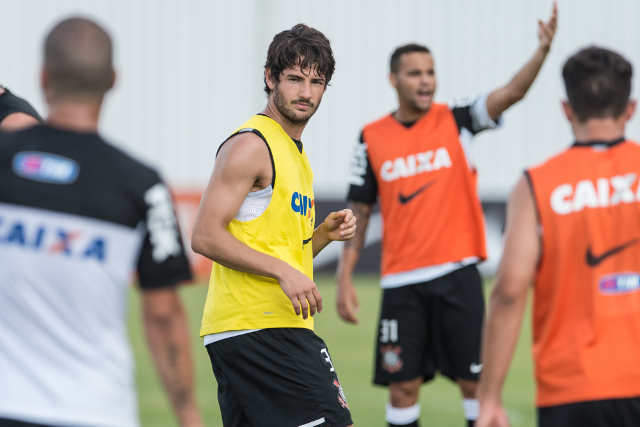 Tottenham’s pursuit of Corinthians striker Alexander Pato is apparently being aided by a deepening feud between the player his teammates and the club’s supporters.

Sport Witness has previously highlighted a growing resentment among the former AC Milan man’s current team-mates with regards to his salary, an issue raised by Brazilian site UOL.

The Sao Paulo side’s 4-0 defeat at Portuguesa has exacerbated the issue and supporters resorted to daubing graffiti on the windows of the club shop may well prove to be the final straw for the talented striker.

The 24 year old striker returned to his native Brazil in January but things have not quite panned out as he may have hoped, though his return of 15 goals in 47 appearances isn’t disastrous.

Andre Villas-Boas spent upwards of £55m to bring in attackers Erik Lamela and Roberto Soldado from Roma and Valencia respectively but his North London side have still managed just six goals in six games, thankfully for the Tottenham boss his back-line has been rock-solid so that goal tally has not unduly affected their solid start to the campaign.

Prior to his move to Brazil Pato scored 63 goals in 150 appearances for AC Milan.

Tottenham have previously done business with Corinthians, bringing in midfielder Paulinho to the club this summer.